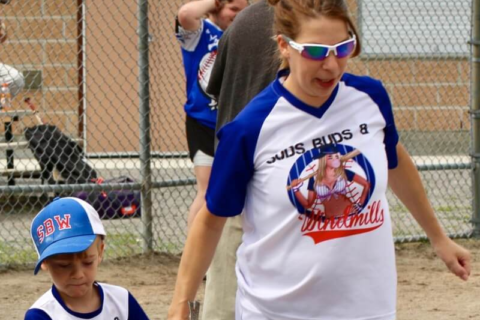 Both teams put up big hits but Top Gunz pulled out the win in a one run 13-12 game. The Top Gunz started early with a two run homer in the top of first. In the early innings the Wrecking Crew was held to only one run despite making consistently solid contact. The Top Gunz outfield kept making terrific catches. In the third the bats heated up with both teams putting up runs with a huge grand slam from the Top Gunz. The game finished in dramatic fashion with a three run RBI triple in the bottom of the 9th from the Wrecking Crew making it a one run game. The top guns were ultimately able to close the game on the next play sealing their one run victory.