We popped our cherry in 2017 when we hosted our first, and incredibly successful Virgin tournament. Wanting more we returned in 2018 to get Sloppy. Sloppy Seconds & SloppIER Seconds brought more success and profits were donated to charity. The third year we wanted to introduce men’s and host mens, ladies and co ed ultamantily decided to stick with simply co ed but still called it a Three Way. This year we do it FOUR the Women.

We recognize, remember and value those who have been with us from the start.

We aren’t a team and we ain’t a league. The tournament does ask for a 50% deposit to ensure the best possible event. Our tournament organizers are committed to running the best event possible but in order to do so , we need to ensure all payments are received and that all teams are secured.

LOCATION OF THE TOURNAMENT:

Address for the diamonds is 2300 Community Way, North Gower

Click the map and and use google to get directions! 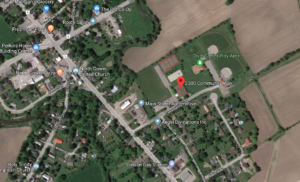 BBQ on site , menu to come

PRIZES FOR THE TOURNAMENT:

RAFFLES DURING THE TOURNAMENT: