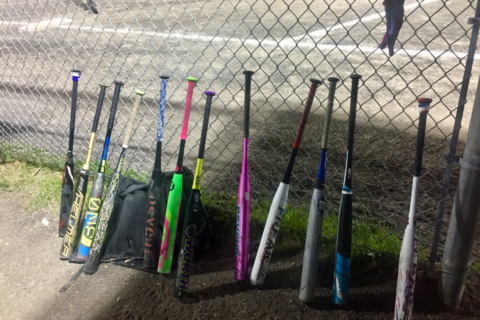 Our chilly Tuesday evening started great against Getting Jiggy with Hits with Kim getting a strike out, Biju catching one in CF and a line drive caught by the pitcher. SBW had bats swinging with Mat, Eric, Alex, and Kim all crossing home and scoring. On first base, Mike Lieff would have an incredible start by putting out each batter (SBW leads 4-2). Second inning we would see Biju be brought in with a homerun hit by Dyllan with two L’s (SBW leads 6-2). In the third, we were able to get 7 runs in (Dyllan with two L’s hit his second homerun bringing Biju and Kim in) and we only gave up one run keeping the lead, now 13-3. Frank would steal the 6th innings’ HR while leading off. Getting Jiggy With Hits would start a come back scoring 5 in the 6th but we would hold them with a strike out, a ump called infield Popfly and a throw from the mound to 1B. Only playing the first half of inning 6, we were up 17-10 and the opposing team would only get 3 runs scored ending the game 17-13.

Mike Lieff and Katie had a wonderful double play, but without the help of precision that is SS Mats’ arm. Katie tossing the ball to Mat on 2B and Mat sending a laser beam down to Mike on 1B.

A memorable moment was when Kim was pitching, the batter received the ball on the tip of his gut twice. It was difficult to hold back our laugh and we almost lost track of where the ball went when it was hit. We couldn’t figure out if he was doing it on purpose or it was an accident but it was funny none-the-less.