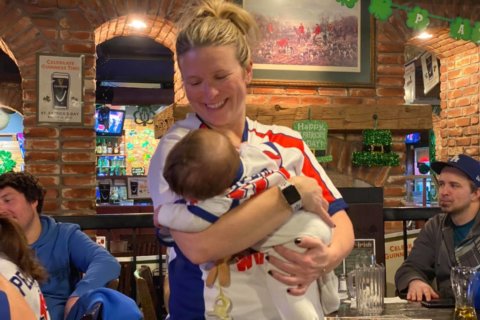 Ottawa ball hockey goes from the “A” to “C” for our next game. MNY have had a tough year and are looking for win #1 of the season; they were taking on SBW who sit 4th in the division. SBW could move into 3rd with a win, Onto the ball hockey action now. Closer than expected? We started this game off with a few faces in different places as Dylan “Cundellingus” Cundell suited up in nets for MNY. The first half only had one goal late as Jake Miron would score between Cundell’s five hole to give SBW the 1-0 lead at half with shots an outrageous 22-6 for SBW.

Cundell would continue his stellar goalie play keeping MNY in the game as they have not won all year with several outstanding saves including a between the legs attempt from SBW’s A-A-ron Gregoire. Finally, the red light goes on for MNY in the 2nd half as Ritcho “Chewie” Chu would scoop his own rebound and backhand it past a shell-shocked Riel Ouimet to tie this game at 1.

SBW continued their relentless pressure bringing wave after wave of bodies and shots at Cundell, even having Cundell making an absolute unreal sprawling save with the glove hand off a shot from Aaron Gregoire. But as the pressure mounted midway through the 2nd half and you could see Cundell getting tired (He had played earlier in the day). He gives the ball away for a catastrophic gaffe right to Captain Eric Delisle, who deposited the ball into the empty cage giving SBW the 2-1 lead.

Gregoire would finally beat Cundell from the half wall going bottom corner. Kelly Hall would finish up the trio of goals for SBW in the half as she made a gorgeous tip out of mid air, through Cundell’s five hole and proceeded to dance in his crease (I think there was some side betting going on there haha). Even with the scorekeeper giving Cundell his player stick, to try and spark a stale MNY offensive attack, it was not enough to overcome the persistent SBW players who threw everything at him including the kitchen sink. Riel would glove one down in the dying seconds to end the game. This game would finish 4-1 for SBW with shots an unreal 51-16 for SBW likely the only time in SBW history that we’ve out shot our opponent with Riel in net!