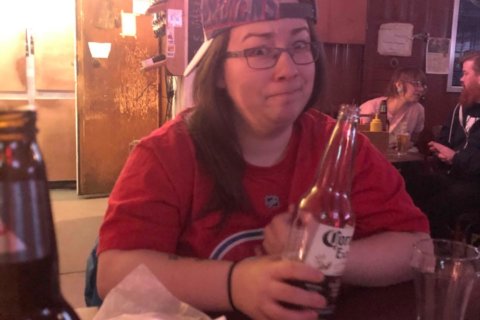 Our next game saw SBW taking on newcomer JTT. JTT had a quick start and kept up the pressure early on and they def gave us the shaft in this one. This was a prime example of a team with one line being way better than the other. Also having one player that carries the team. Alejandra Moreau-Ortiz opened the scorring by burying a cross-crease tap in. James Moreau would steal the ball. He would walk in all alone and make no mistake burying it, 2-0. Jerry McCarthy would extend the lead as he snapped one home from half, 3-0.

Moreau, who’s better than Dylan, would snap one low corner to extend the lead to 4-0. With a little over a minute remaining, Marc Belisle (sonne ma cloche) would bury one up top making it 4-1 as we were headed into the break. JTT held the lead and edge in shots, 20-11. The second half saw decidedly less goals, as only one was scored by Kortnie Legari, as she buried a cross-crease tap in. Krystle would send a shot, maybe a pass but like a really bad one, off of Alex’s ass that did not leave a mark. Photo evidence was given in group chat. “I’ve been hit harder during foreplay!” Timer would go on. Shots would be saved and this one would end with JTT taking their first Sunday league game, 5-1.