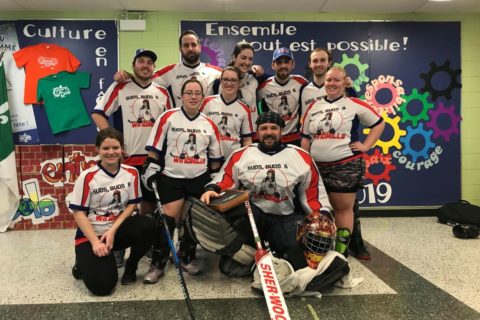 In our first game of the snow filled day, we had SBW taking on VI in this low scoring affair. SBW would open the scoring early as less than a minute in Dylan Cundell would knock down a clearing attempt and wrist it home.

About 9 minutes later, Alex Paquette would extend SBW lead as he got a couple lucky bounces. First his shot would hit the tenders mask, followed by the crossbar, finishing with a hit to the back and right in to make it 2-0. The rest of the half would see some chances, but no goals. SBW held the 2-0 lead, and the edge in shots 16-11.

The second half saw a ton of chances, but it only had one solitary goal into an empty net as Eric Schnob would bury it to seal the 3-0 victory for SBW. It would appear as if VI is having some goal scoring issues early on, hopefully they can sort them out.