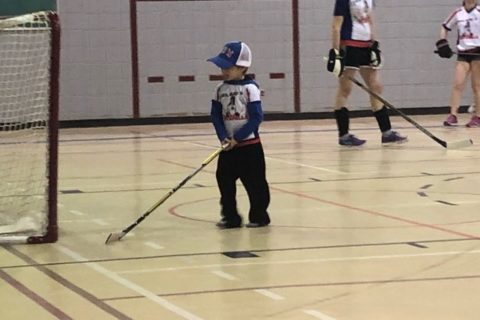 Our first game of the day saw SBW taking on MSK in this very close, very physical game. The first half would see many chances, but luckily a lot of good saves. The only blemish came from Dylan rockin’ Put Me In Coach on his jersey. On the power play, he would wrist it on net and it would go off the keepers mask, up and over and straight in. The rest of the half saw penalties for days from MSK and none (okay one at the end from Dylan but see video on insta !). Not much else would happen as SBW were leading 1-0 as we were headed into the break.

SBW held the edge in shots 21-12. This game was close the whole way through the next half. About 9mins in MSK would even things up, while shorthanded, as Mathieu Trepanier would wrist one far side. The rest of the half was goalie centric as there were lots of saves. With about a minute to go, and a player from MSK tossed, we would have an Eric connection as Sex would bury a wrister on a pass from Captain leaving SBW to squeaks out the 2-1 victory.