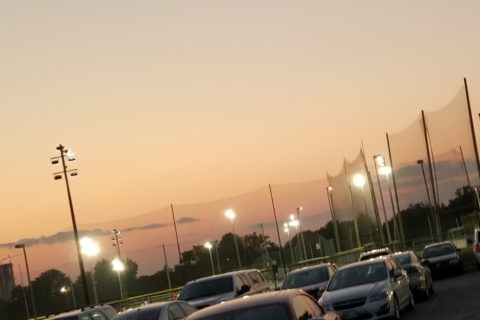 If someone else wrote this post-game, I hope they would have written “Mike pitched the game of his life”, because that’s what happened.

It’s hard to pinpoint the exact reason. Perhaps with the holiday Monday, SBW finally got “Monday Mike”. Perhaps he brought back some inspiration from his weekend trip to Cooperstown. Perhaps it was because he assumed Kim would be pitching, though he failed to notice she was Out when perusing the roster earlier in the day. Whatever happened, he got in a groove out there and stayed there for 6 innings.

Onto the game itself, which saw SBW visiting No Glove, No Love. NGNL was moved up from the D division so the Buds were not sure what to expect. Captain Eric was on hand to scorekeep and chart the defensive outs, Dallas womanned third for most of the night, and “Dave” subbed at Taxi. Outside of that the roster consisted of Tuesday rec regulars.

SBW came out swinging their dicks, slipping 5 past the goalie and leaving 2 runs in scoring position. NGNL fired blanks including a foul out and it was 5-0 after an inning.

SBW added one more in the second and shutout NGNL on putouts on a nice running catch by Frank, and Mat and Mike going to first for outs.

SBW added 3 more in the third and NGNL popped their cherry with some aggressive baserunning from third as SBW made the out at first. With 2 outs and 2 strikes, Mike ended the third inning by throwing a strike that hit the inside edge of the rubber and he bounced off the mound towards the dugout. He had a good feel for the ball and NGNL took more called strikes than they had hits.

SBW added one in the fourth and NGNL finally whipped it out scoring 3 runs to make it a 10-4 game. No one scored in the 5th or 6th, but there was some late inning drama. One of the NGNL guys hit a bounder right up the middle. Mike instinctively turned his back, but tracking the ball, reached behind his back and got a glove on it. The ball was hit hard enough that when Mike picked it up it had rolled between first and second base. The umpire’s call was a live ball and Mike was a bit hot. There may be some residual animosity from an earlier tournament when the same ump let a double play stand when the opposing team had 11 fielders. Mike questioned the call, and the ump raised his voice, so Mike walked in to have a quick chat and deescalate the situation. At any rate, with the bases loaded, the next batter hit a comebacker to Mike who took a risk throwing home to Sarah-Rose who made a nice catch for the out, ending the game.