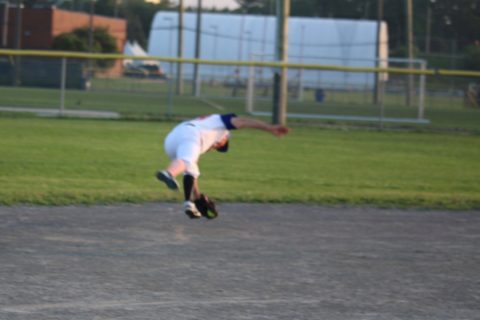 Let me tell you a story; the story of the greatest single game anyone’s ever played. You’ll find within this story a hero, a rag tag team who defeats their enemy and an old man searching for the man who dented his White 1990 Malibu sedan. This story is based on a true story. Movie rights 21st Century Fox.

The inning begins and the hero emerges. He hits a solo home run to left and the team cheers. In the second, Kim uses her body to shield the infield, she knocks the ball down and throws out to Mike who secures it and ends the inning. The buds had trouble finding their offense in the first half, their hero in hiding. In the third, the enemy hit to right, she tried to advance from second to third, Kim received a bullet from outfield, the runner fell and was tagged out. Kim towered over her, grinned and silently walked away.

The hero re-emerges, he waits patiently at the plate, swings, misses and tries again. A whisper was heard in the wind….”Golly… Gol…” This time however, he connects, but instead of it going forward, it flew straight and behind. In the distance a white car appeared. Unbeknownst to the yellow ball in the air, it landed firmly and effortlessly on the top of the white car. The team stunned, collectively gasped. Was the hero actually a villain? It was still unclear. The hero waited for the final pitch, he reached back, took steady aim, and was struck out. The wind and the whisper associated faded almost immediately. The old man in the car appeared on the stands. Some had wondered if the man was looking to find the culprit who had dented his car, other believed he had nothing else better to do. He sat questioning the other team.

In the forth, the team rallied their spirits. Down but not out, the team came together and strung together 7 runs from Matt, Aaron, Frank, Mike, Sarah, Alex C. and Katie. The team raised themselves by their bootstraps. On the field, Golly took away a homerun at the fence. He flexed his arms and screamed, “They may take away our lives, but they’ll never take our freedom!”
Alex snagged a no look catch at second and the tides had changed. The once down and out team, was winning. If the dagger had not fully been plunged into the heart of our enemy, Mike and Golly returned and secured two big homers to seal their fate.

The score read 16-9, but in the bud players hearts, it read “Victorious!”