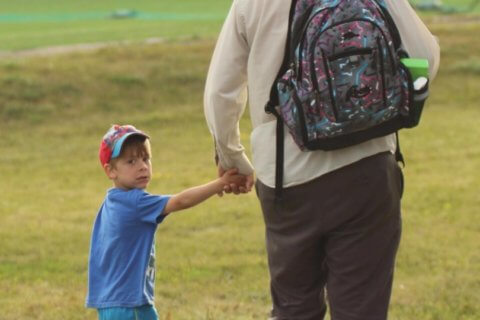 Much as how the season started, the playoffs also begin with playing the Lumberjacks. The Buds had to face off with the Jacks 3 times in the season and went 1-2. The opener was a heart breaker seeing the Buds losing in as the home team with two chances to seal the win with a home run.

All indications point to this being a tight affair and it was! The game starts off with Justyn with a Y, doing his job as lead-off and getting aboard. And this was followed up with Dylan, tagging a ball over the center field fence, to put the Buds up 2 to 1. In the bottom frame the Buds play some D with Captain Eric protecting the kitchen and making some outs to first and third. Yves “I haven’t played outfield in 20 years” makes a huge running catch in right field! Jacks with a Jack get 1.

In the Second the Buds bats go lively in the wrong way with 3 fly outs in 4 batters. Props to Dupes to find his way on base. Bottom of 2 and LumberJacks go chopping and start flying to the Buds fields with catches from Pete in left and Dallas in center. The highlight was a running garbage scope from Yves in right field gunning it to Dylan at 2B, who in turn guns it to Michelle O at 3B to get the flying lumberjack trying to push a triple out. The Jacks do manage an RBI on the play; game tied a 2 after 2.

Top 3 Yves gets up and Mashes a ball over the left field fences for a solo, unhappy because he really was trying for a line drive. It just carried a lot, a whole lot! But back to the case of the flies and Buds only get the 1 run. In the bottom of 3 it was all 3B! After Michelle O misfielding a ball off the shin, she gets redemption guns blazing picking off two runners trying to make it to first. Jack gets 1 and we are tied 3s after 3.

Top of Four Sarah Z getting the girls out of the hitting funk legs out a leadoff double! And then the flies come buzzing back as the Buds are caught at the fence with the next 3 batters. After fending off the Buds’ aerial assault to the fence, the lumberjack changed their sights and started putting the ball on the ground. The Buds piece together some outs from the infield with another pick at 1b from Michelle and an acrobatic second effort from Dylan at 2b to push a laser to first for an out. But the Lumberjacks doing serious damage put up 6 and take a 9 – 3 lead.

Top of 5 The Buds need to rally. Starting with a double from Pete the buds string together some hits setting up Yves to Mash a ball into D1 next to the pitcher for a 3 run jack. Buds are able to answer back with 4 runs putting the game back into reach. Buds only down two runs 7 – 9. In the bottom the Jacks do answer back with some runs of their own erasing some of the work done by the Buds. Taxi Alex Thomson with two outs a short to help the Buds out of the inning and of course Yves with another big running catch in right to end the inning. 12 – 7 Jacks.

Top 6 looking to answer the Buds bats start to stall. With two outs Justyn with a “y” takes a solo to get something out of the inning. 8 – 12. In the bottom the buds go on lock down with nice snag at short from Justyn and another pick at 1 from Michelle at 3B. The Jacks tie the inning off a solo homer run, 13 – 8 for the Jacks going into the final frame.

Top of 7 Buds down five and need to find a way to stay alive. Leadoff Solo home run from Dylan, cuts it to a four point deficit. Much like Yves earlier in the game, a line drive gone wrong, will this costly mistake spell disaster? Sarah Z now effectively the new leadoff in a homerunless, four run deficit world manages to leg out her second leadoff double of the game! And now the Bud train is starting to roll. The Buds taking a page out of the LumberJacks’ book started to drop the balls to the ground and playing some small ball. Pete, Dupes and by some miracle Yves all with singles scoring some runs. SBW manages to score the 5 needed to tie the game 13 – 13. In the bottom of the 7th, the LumberJacks’ turn to answer and break the tie. Unfortunately for the Buds, The Lumberjacks’ shortstop ended it quickly with a walkoff homerun.

Overall a good effort by the Buds to keep in the game but a bittersweet way to cap off the season.