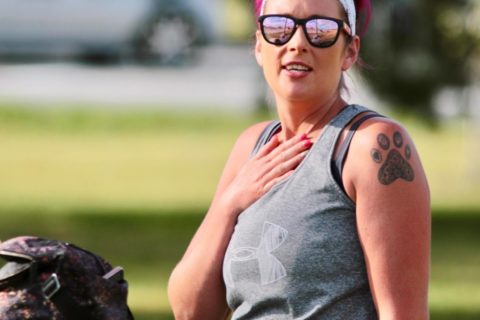 If someone else wrote this post-game, I hope they would have written “Drew took the best pictures of his life”, because that’s what happened.
It’s hard to pinpoint the exact reason. Perhaps with the extra day off he took, but SBW finally got Drew into Pam Vanderson and to diamond 3 at the RA to capture photos for the Tuesday Rec Team. Perhaps he brought back some inspiration from his weekend of taking photos for Softball in North Gower at SBW: Three way. Perhaps it was because he assumed Kim would follow through on her violent threats if I messed with her master plan of not having photos taken of her. Whatever happened, he got in a groove out there and stayed there for 6 innings.

Onto the game itself, which saw SBW visiting Team Cupcake. Team Cupcake was confident with a few players being more vocal than others so the Buds were not sure what to expect. Captain Eric was on hand to pitch one inning, score keep, and hit a homerun. Outside of that the roster consisted of Tuesday rec regulars. Drew knew exactly what he had to do, capture the fuck outta this game. I mean really, no one cares about the game itself, it’s all about me and the art of capturing images of swings and catches in motion. Early on the settings were incorrect, but like the professional hack he is, he was a little slow to figure that out. After a few dozen messed up shots he was on fire. Capturing the events that were occurring became more important as the game was quite close.

At any rate, in the 6th inning with the bases semi 2/3rds loaded, he took a risk framing the picture on first baseman Mike, who came through big, stopped the grounder, touched the base and then the runner just to be sure. Although not ending the game, he did set the timer on the oven, the Cupcakes were done and on cooling on the rack. I don’t really know what happened next as I stopped taking photos when I was distracted, I am sure it doesn’t matter.