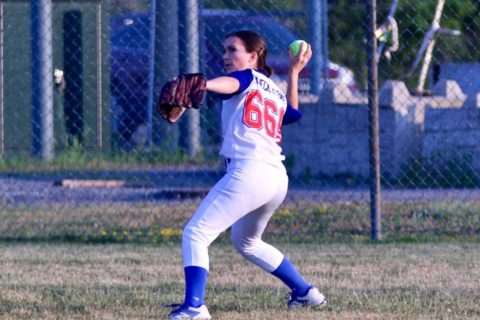 It was a dusty night to say the least. The score sheet alleges that Kim was pitching, but I couldn’t tell because of the constant cloud of dust that enveloped us tightly, like a long lost family members clammy embrace during the Holiday season: A cross between talcum and sweat in nature’s dusty hug. Like Stephen King’s “The Mist”, it just slowly crept in and hung around, like a sun-glassed stranger on the corner across from the park that one time when you were a kid. It just made you uncomfortable, but you weren’t sure why.
Something happened along the third base line, but in the glimmer of what was left of the sunset, all we saw was the dust settling..in our souls, eyes, mouth and hearts. At some point, we scored some runs, those too were deeply dusty. Nothing spells a late July night in Ottawa like dusty balls, needing a good rub down so that you can get the grip just right for a toss. There was a scuffle at second base but who knows what happened – the dust was eating us alive. Each breath we took, we were being violated. The dust was palpable. It was chalky….was this Asbestos? Were our tax dollars being used to slowly kill us through the sport we have all come to love and rely on to fill our mundane suburban lives?! With the way the world is going, it was a reasonable concern that this was a government attack.
As the sounds of grasshoppers and cussing players erupted from each dugout, it helped animate the dust, like it was the one speaking to US. As the game progressed, it wasn’t clear who was playing where, why or when but one thing we were sure of – the dust was getting thicker…smarter. SBW scratched out a win, amongst the chaos that the dust brought. The win, however, didn’t help anyone breathe any easier……and the dust just smugly settled, deep inside the souls of each one of us.
*lights dim, scene ends and a gust of wind comes up from side stage for dramatic affect*
-Tiana
1 August 6, 2019 Fernie 2019, Post games, Softball
Tags: 2019, Buds, Friday Eh, Ottawa, post game, RA Centre, SBandW, Softball, Sports, Suds, Suds Buds and Windmills, Summer Sports, Until 2039, Windmills