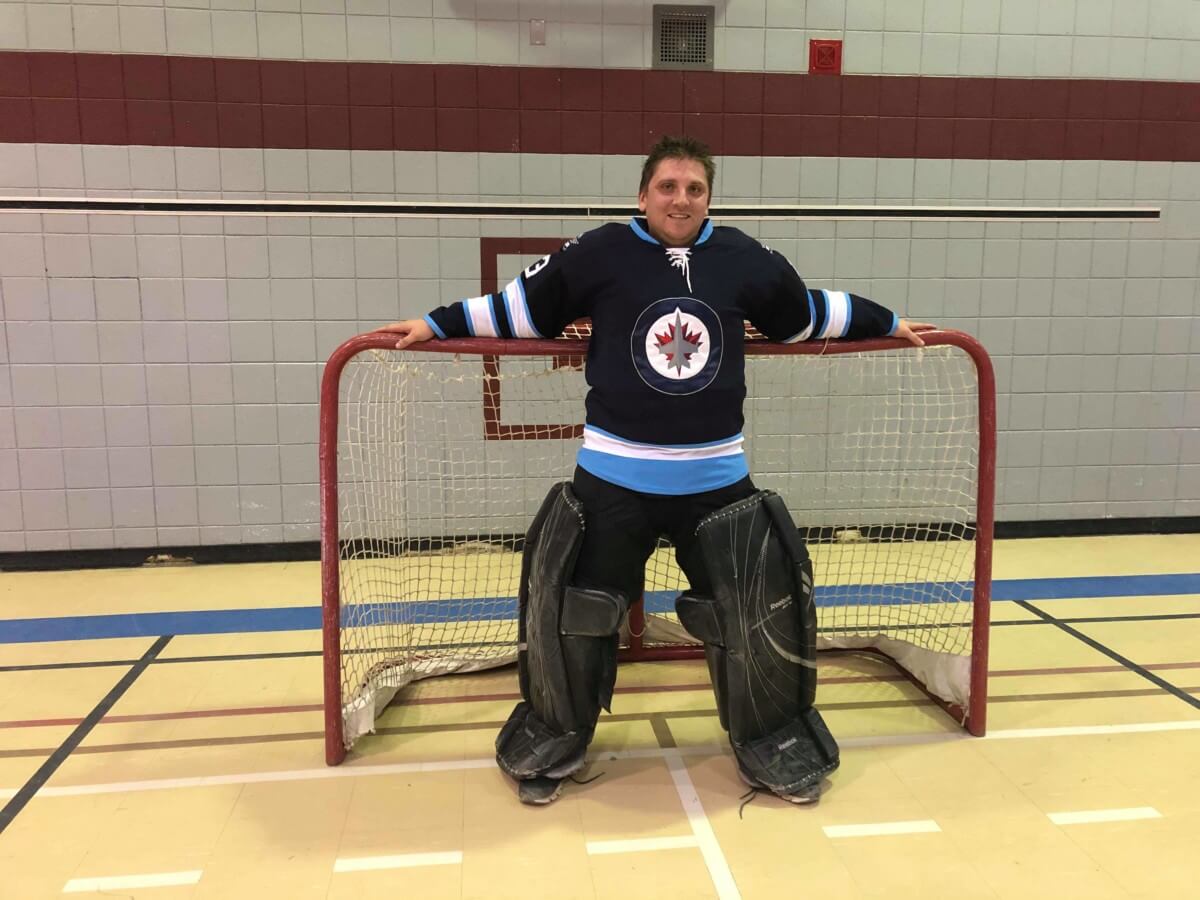 Our next game saw SBW taking on NR in this goal filled affair. In a twist Lawrie would suit up as goalie for this one. NR would open the scoring, just under two minutes in, as Jake Hardwick snapped one far side. Hardwick would strike again about nine minutes later as he buried one from half, 2-0. About four minutes later, Jonathan Levy would beat the keeper with a turnaround snapper. With just under a minute to go, Levy would snap one, top corner, 2-2.

“Levy shoots really hard, I ducked out of the way for one I won’t lie” – Lawrie. With about fifteen seconds left, Bond didn’t see her linemate Levy as he was going for a change, carried it herself to the net and beat the keeper past his glove making it 3-2 for SBW as we were headed into the break. NR held the edge in shots 17-15. Colin Kargus would even it up a few minutes into the half as he sent a backhand, low blocker, straight in, 3-3.

Hardwick would complete his Hat Trick as he was the trigger man on a cross floor one-timer. Next, we would see Kelly bury a loose ball in front making it 4-4. Hardwick was a force this evening as he would get his fourth goal as C. Kargus won the face-off and Hardwick blasted it through everyone, 5-4. A couple minutes later, Julia Watson would redirect a pass in front giving her team the 2-goal cushion. C. Kargus would blast the final goal of the game home from the point as NR take this one 7-4.