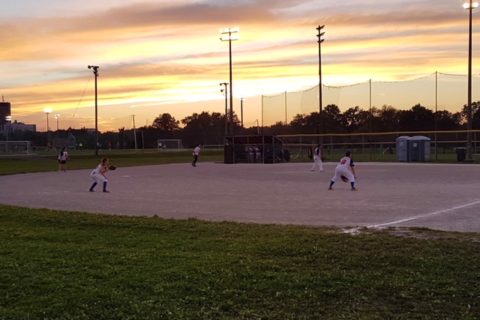 As Alexander ran to my car to look for my phone which, by the way, was actually in my bag and I’m blind and didn’t see it he could still clearly hear me yelling “NO SOLOS” after Phil Thom leads off with a hansy……urgh why did we allow men on this team. Q-T 3B on Hit That asked about the solo and had a friendly chat with Captain K so she was back to all smiles by next batter.

Marty was all about letting the Ladies Lead as he eagerly told them he wanted to catch but yea he back catched that game like nobodies business. Sadly SS never got to feed it home. tho’ that was on Brando’s inning anyways…

First inning ended with SBW tied 3-3. Second inning gave the team some worries as we couldn’t come up with anything offensively and 3pitch team scored four more to make it 7-3.

3rd inning the men finally started doing what they are supposed to do (In Krystle voice)” You’re men, all you’re good for is two things and at this time I need you to do one of those things!” SBW managed to string together some hits and get some ladies to score (make it home jeez get your mind out of the gutter). Jess hit a ball so hard & far, that since Krystle didn’t know who was at the plate outta straight habit said “atta boy” & got called out for it but 🤷🏼♀ she was at 3B with runs batted in sooooo …

Julie pulled Eric and show her how to truly pitch. Defense held up and end of 3rd was a new ball game tied 7-7. (Eric remembers Julie coming in the 5th inning…)

Alexander apparently wanted Krystle against the fence for …. something creepy hand jesters going on (Legit a reference to Sex and Jesse’s AMAZING picture from Sloppy Seconds that was mentioned before the game but Alex blanked on Jesse’s name so it just came out creep and awkward as fuck), but lookin’ to run away Krystle would coach some bases. Lyndsay would repeat her now signature oppo hit starting us off. Jess & Krystle would send just about everyone one home as batters lit up right field. Next three innings SBW starting hitting like we can and pulled ahead 23-11 going into the bottom of the 7th. It didn’t hurt that we put some voices on as coaches. (Philly Cheese Steak ran in a solo shot to help make up for the start of the game)

Queue time to shit the bed…. with two men sitting and probably illegal since it’s quite possible that with 3 men on the field we are only allowed to play 9 people (per RA Rules minimum # males = 3) in total somehow I’d hit that, HIT THAT, they managed to score 9 runs and make it 23-20 as a final score. Tiana, dedicated Bud, said “put me anywhere coach” but then regretted that as she is a right hand catch on 3b and everything was fake glove side. Not saying the girls needed the boys, in the end all three outs were made by women highlighted by Jess’ running catch in right center but that one famous crappy inning that usually happens had to come during an open inning.