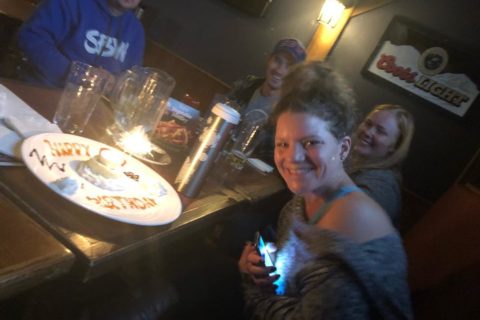 In our next game we saw SBW taking on BD, in this very close game. SBW would open the scoring first as Dylan Cundell would cut across the middle and backhand one up top, over a sprawling goalie. BD would get that one back a few minutes later as Shawn McClenaghan would chip in a pass from behind the net. About six minutes later, McClenaghan would be at it again, as he got a pass in the middle a performed a turnaround wrister making it 2-1. As time was winding down, Cundell would even it up with a gorgeous snipe into the tiniest of spaces to make it 2-2 as we were headed into the break. BD were heavily outshooting SBW, 29-15. BD would open the scoring in the second as Benoit Payer would one-time home a pass from behind the net, 3-2. Cundell would complete his Hat Trick as he chipped it past the tender as he was swiping for it, 3-3. Jake Miron would give SBW their first lead since the opening half as he received a foot pass and ripped it home on the short side, 4-3. B. Payer would even it up as he snapped one home from the slot, 4-4. With a little over three minutes to go, B. Payer would writ one low on the far side and gave BD the lead. Well that was a wrap in the scoring department as BD take this one 5-4.