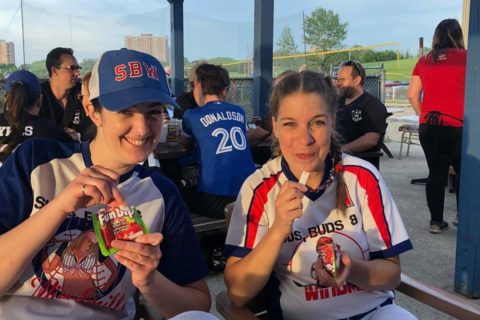 In our next game we had SBW taking on VI, in this epic game where if you got a goal, you won. The first half would see lots of chances, LOTS of them. But the masked men were too good as not a single shot would make it into the back of the net. VI held the edge in chances as they were leading 19-10 in the sot department. The second half was a strange beast as it was a carbon copy of the first, as no one could solve the keeper. T was quite an interesting site as I can count on one hand how many times games go the distance without a single goal. We were headed to a shootout. First round solved nothing. And in the second round Krystle for SBW would score despite her hurt foot (movie moment) and Riel Ouimet would keep it out of his net and SBW take this one 1-0 SO.