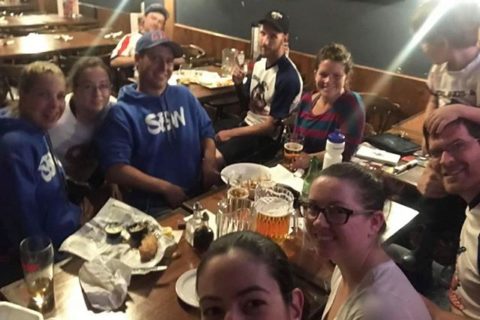 Our next game saw SBW taking on ILMWT in this game where one shot meant EVERYTHING. SBW would open the scoring on the first shot of the game as Jake Miron would just blast one from the slot, it should’ve been a save, but I guess the tender blinked first. The rest of the half would see chances, but no goals as ILMWT led in the shot department 19-10. The second half saw a defensive battle as both teams would get many chances, but no one would be able to solve the tenders and SBW takes this one 1-0 off the first shot of the game.