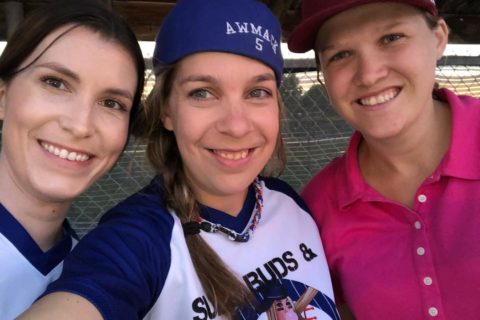 Our next game was the next in a long list of games were the first half was slow and the second exploded. About five minutes in, Terek Lariviere would wrist one top corner to put SBW up 1-0. A few minutes later, Eric Delisle would be the trigger man of a one-timer and make it 2-0. Well as I mentioned earlier, the first half was low scoring as that’s all she wrote for the first, no one really had control of the ball more as the shots were 10-9 for SBW. Delisle would open the scoring in the second as he blasted one home from the point. Lariviere would follow suit and wrist one home in the slot as SBW were up 4-0. In the next twenty seconds, Jason Marriott would get back-to-back goals as he first got a tape-to-tape pass from the opposite team and one-timed it home. That was followed up by getting a pass, from his own team this time, and wristing it home cutting the lead in half, 4-2. Mark Laurin would get one of those back as he wristed one home. For the first time this year, the winner of the Dan Bergeron Goal Scoring Title for the B division during the regular season, Phil Bolduc shed his gear and played forward. He would pay dividends as he banged home a rebound in front making it 5-3. It seemed as every time LM scored, SBW was right behind them extending their lead. This time it was Laurin sniping the top corner. Bolduc would get the next one, and SBW would get it right back as Laurin completed his Hat Trick and SBW took this one 7-4.