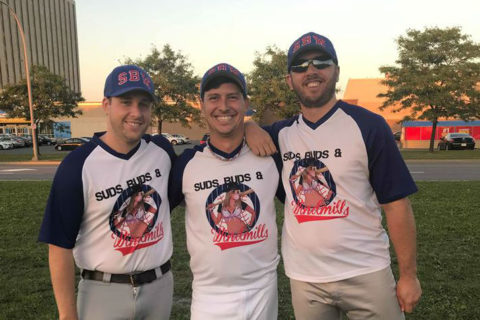 Baby, It’s Burning Down There

Let’s get the important game related facts out of the way so we can get to the juicy part of this write up. Turns out we lost this game (bummer), but certainly not without trying. Here’s a few highlights:

**Also important to note here: Dan’s team was obviously on roids during this game, which (I’m not 100% clear of the RA’s rules) I’m sure automatically grants us the default win. I’ll follow up with the RA shortly.

The rest of this write up will be used as usual to get in great of my latest dilemma. Please proceed below:

So I recently met someone on Tinder, and went on a few dates with them. About four or five dates in, we agreed to make the current relationship exclusive. That being said, I had reason to believe that he was lying to me, and was not following through on his commitment to make the relationship exclusive. A couple weeks ago he called me Larissa a couple times during a dinner date, and just last week he texted me, “can’t wait 2 trim ur hedges 2night”, when he had previously told me he’d be away that night on a business trip!

Anyway, instead of asking him straight up about my suspicions, I told the biggest passive aggressive route I could think of and decided to create a fake Tinder profile to see if I could find him on Tinder swiping at side hoes – and BINGO! Matched him again with my fake Tinder profile.

We had been chatting for a couple weeks and he was begging me to meet up with him. I had prepared for this meeting by hiring a camera and sound crew to film our “first” encounter. My plan was to show up to the date, reveal my true identity, and call him out as a lying, cheating, motherf***er all while being filmed on camera. I will then hand this footage over to MTV as a pitch for my hopeful TV show, titled, “When Lies are Exposed, hosted by Lyndsay McLean”.

Here’s the dilemma part: last night he told me he loved me, confessed his scandalous, cheating ways, and told me that he was meeting up with someone he met on Tinder tomorrow night (our fake date) to end things face to face. He said he only wants to be with me, and apologized for all of the infidelity. What the fuck do I do now?! I’ve already paid the deposit on the film crew, and that’s $500 down the drain if I bail now. Plus, I’ve been dreaming of hosting my own reality TV show on MTV for years now. Do I take a chance with Tinder guy at a shot of real love, or do I follow my career goals and bust his ass (on hopefully national TV)? HELP!