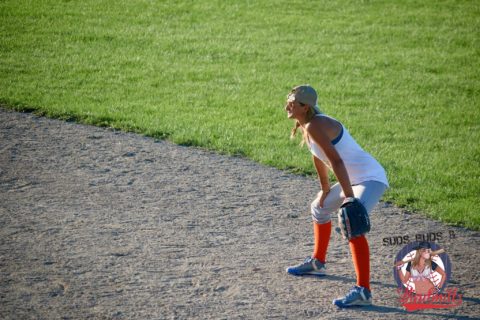 Game 1 of Sloppy Seconds. Enter Alex Thomson with his squad claiming BJ’s are Better Than Yanks, and Julie Walpole with her squad of Baseic Pitches. The teams had begun to aggressively chirp one another more than a week before this ultimate showdown. Both money and friendships were riding on this early morning game. Timekeeper, 55 minutes on the clock, please. Here we go:

The Yanks started off strong first inning with a 2 run home run and a 2 RBI single to score 4 against the Pitches. Pitches came up short 3 up, 3 down.

Second inning was pretty uneventful once more, with Adam Melon only hitting one single and the rest of the Pitches hitting up the middle to pitcher Leebo who snagged a line drive from Syl. Scoreless inning for both teams.

In the third inning, the Yanks came up short as the Pitches made 3 stellar catches in the field and SS. Offensively, 1 run was scored for the Pitches, with honourable mention going out to LF joel and SS Luc who both smashed doubles during the inning.

The fourth inning was the real breakaway inning for the Yanks. Four runs on the board for the Yanks during this inning. The shoutout of the inning goes out to nana K (Karen) who crushed a beauty double out to right center and caught Melon and Syl sleeping. Syl, disappointed with his defensive performance, started off the inning with a double right back at the Yanks, followed up by the Pitches’ all star pitcher Lianna. Sadly, after a great start to the bottom of the inning, power hitter/big talkers Joel and Melon came up short with popups to the infielders.

In the fifth inning, Phil McFlurry Thomson and Alex Thomson started to chirp the Pitches captain Julie. The rest of the Pitches came quickly to her defence, both verbally and physically. The first punches were thrown by Julie herself, knocking both McFlurry and Alex straight to the ground and wounding them both for the rest of the tournament. Enough was enough. Both benches cleared out and battle royale began. There were no survivors. JK, this inning was super uneventful and not actually sure who hit or if runs were scored. Moving on.

Although the Pitches shut down the Yanks offence in the last inning, the real all-star of the inning was McFlurry who made all 3 outs for the Yanks. Like seriously, this was the peak of his defensive career. And probably also his life in general. Anyways…the first out was a routine fly to center field. For the second out, McFlurry came in hot from deep CF to gun down the runner going to 2B. And last but certainly not least, the third out. Pitches’ Lianna was up at the plate, ready to chick burn all the men in the outfield inching forward with each pitch that was thrown. CRACK OF THE BAT! It’s a deep line drive to center field and the crowd starts roaring because Lianna has chick bur…oh wait…who is that…none other than McFlurry running full speed with his back towards the ball looking over his shoulder and leaping into the air to catch the final ball of the game. #TheWorst

Final score: 10-2 For BJ’s are Better Than Yanks