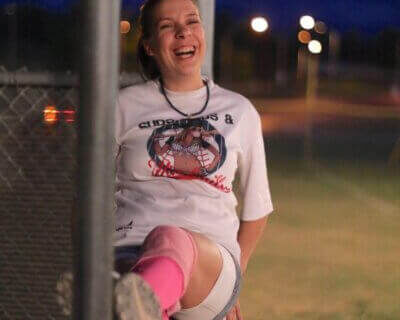 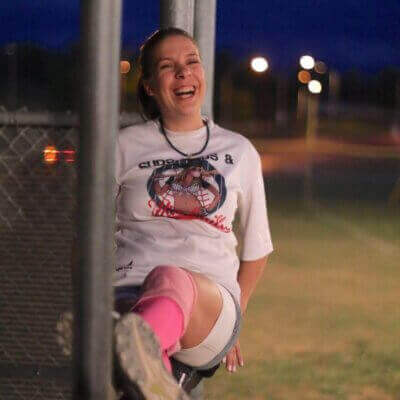 How did you become a Bud
On a snowy week day, with sparkles and anticipation in my eyes I told Eric that we were going to make a softball team. Our friends would play.. it would be easy I said. Of course I wasn't satisfied with just iron on tshirts , one team and texting to arrange things.. I wanted more I wanted so much more, not all at first but eventually of course.

WOW so many… but let’s name a few:

Krystle was a single sign up to the Futsal team, originally called the Lucky Charms. She fell in love with the team and the players and  volunteered to lead em’ when long time teammate Claudia wished to retire.

Signature Trait(s): Sometimes Short Shorts, always the player being fouled by the other team

Strengths: Some fancy footwork, some on the money passes, scoring goals

Krystle started Suds, Buds & Windmills Ball Hockey team with the help of Eric D. Together they manage and captain the team. Krystle first played OSSC as a spare for Eric’s team the Bear Claws. Loving the game but absolutly hating the plastic sticks, late games, random locations, no reffing bullshit that’s OSSC she pushed to create their own team.

É – when known enemies are around just try not to say anything! Cause it will go like this
K “puppies and rainbows!”
En “WTF ! No kittens?! WHAT THE FUCK RAGE.