Cantina to raise money for the Lady Buds!

Hotdogs when we run out of pogos. Limited amount of sandwiches, unlimited burgers and  hotdogs! 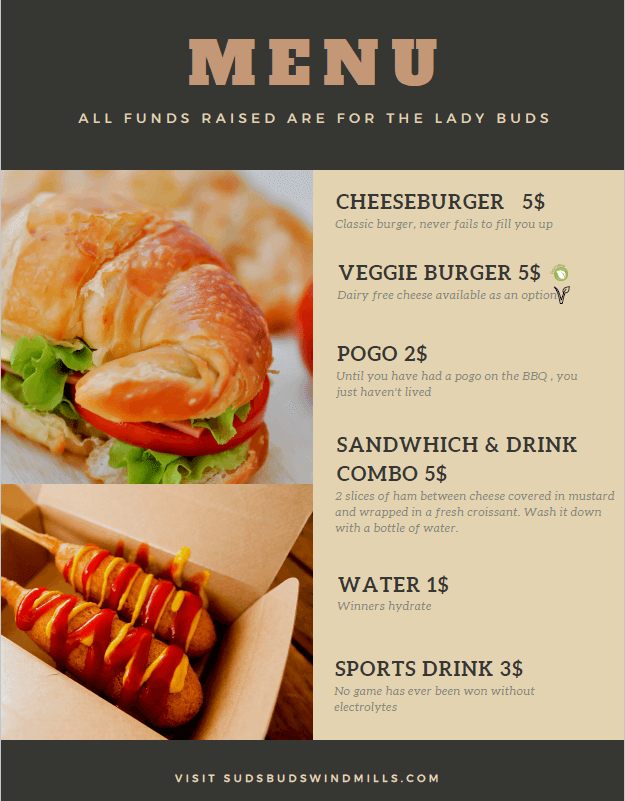