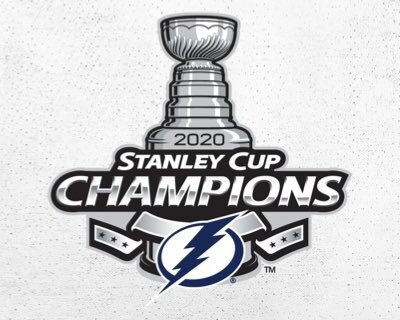 After two crazy months of hockey in the Edmonton and Toronto Bubbles we have our Stanley Cup Champions for 2020. The season that lasted almost an entire year with the four month break due to global pandemic finished up this week. In an exciting 6 game series the Tampa Bay Lightning came out on top of the Dallas Stars to win their second Stanley Cup in franchise history. Below is the recap of the final two rounds of Stanley Cup playoffs 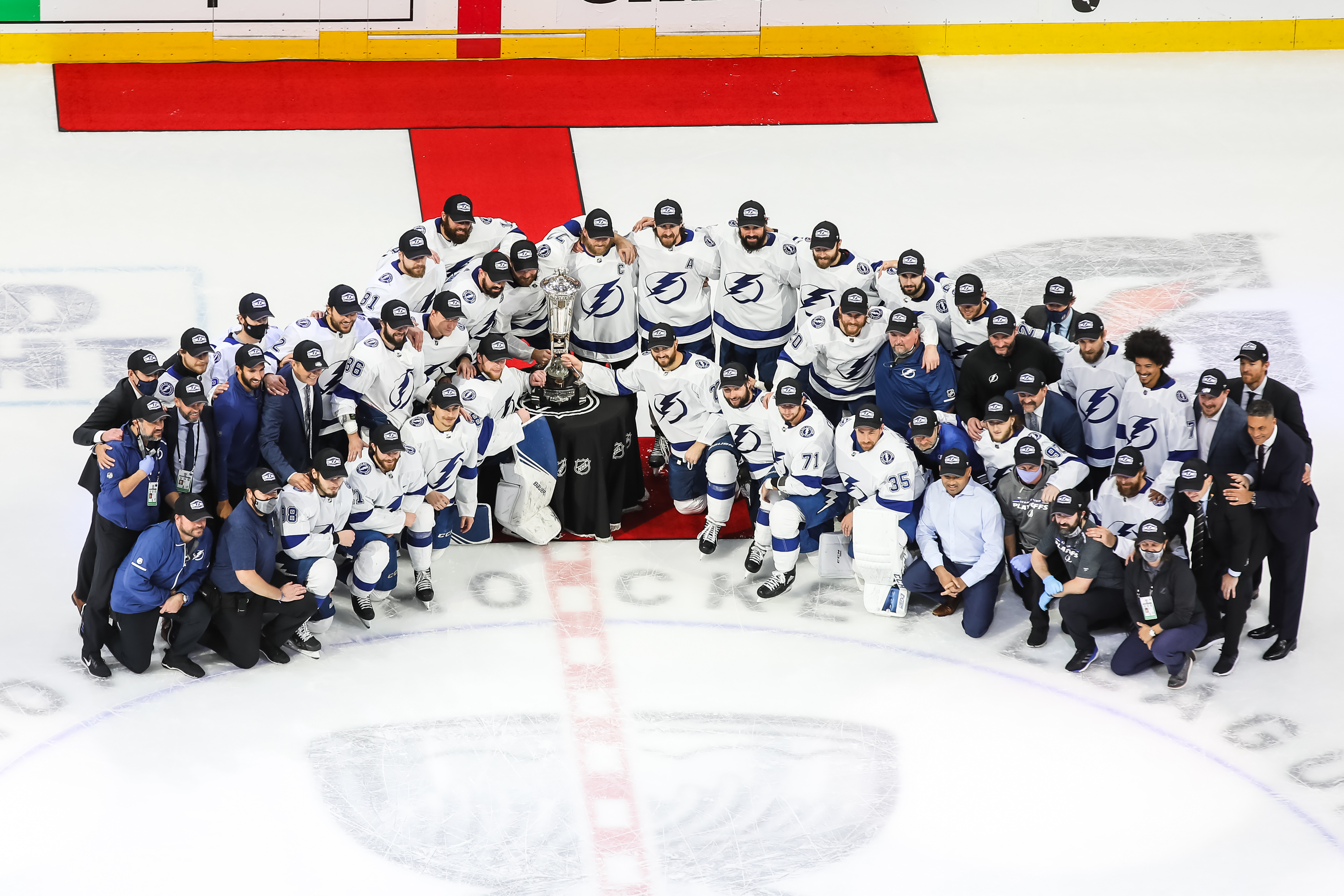 After having teams in Eastern Conference playing in the Toronto Bubble the final two teams in East packed up and moved to Edmonton to finish off the playoffs. The New York Islanders and Tampa Bay Lightning wrapped up in Toronto and started the Eastern Conference Finals in Edmonton on Mon Sept 7 with an 8-2 blowout win by the Tampa Bay Lightning who made it look like this could end up being a quick series. In game 2 the Isles definitely played a lot better but still couldn’t come away with the win losing 2-1 in a much tighter game.

In game 3 the Isles came to play and skated off with a big 5-3 win to make this a 2-1 series in favor of TB. The Bolts bounced back in game 4 with another big win after defeating the Isles 4-1 to push the Isles to brink of elimination. Heading into a do or die game 5 the Isles looked like they were going to be eliminated but they came away with a huge 2-1 win in double OT to extend the series to a sixth game. The Tampa Bay Lightning ended this series in game 6 with a 2-1 win in OT on the back of a series winning goal in OT by Anthony Cirelli at 13:18 of 1st overtime period.

The Lightning chose to TOUCH the Prince Of Wales Trophy when they were handed it by Bill Daly after the win in game 6 which sent the Bolts to the Stanley Cup Finals.

The Western Conference Finals featured the Dallas Stars and the Vegas Golden Knights in what ended up being a pretty quick 5 game series. In game 1 the Stars came out and got an exciting 1-0 shutout win to take the early 1-0 series lead. In game 2 the Golden Knights bounced back in a huge way coming away with a 3-0 shutout win to even the series at 1-1. The Dallas Stars managed to come away with a 3-2 overtime win in game 3 to break the series deadlock and took a 2-1 lead into game 4. In game 4 the Dallas Stars skated off with a 2-1 win to extend their series lead to 3-1 and push the Knights to the brink of elimination.
The Knights battled hard but couldn’t come up with the win in a do or die game 5 and were eliminated after the 3-2 loss in overtime. The Dallas Stars won this series and advanced to the Stanley Cup Finals as the Western Champs but chose NOT to touch the Clarence S Campbell Bowl when it was awarded by Bill Daly. 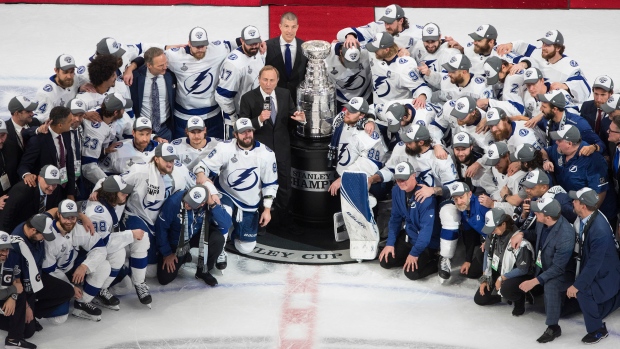 The latest Stanley Cup Final in NHL history got started Sat Sept 19th with the Western Champion Dallas Stars getting a big 4-1 win to take early 1-0 lead. In game 2 the Lightning came out strong and skated off with the 3-2 win to even the series at 1-1 heading into game 3. Tampa went on to win game 3 by a score of 5-2 to take the 2-1 series lead. They followed up that win with a 5-4 overtime win in game 4 to take the 3-1 series lead and push the Stars to the brink of elimination. Dallas definitely answered the bell in a do or die game 5 coming away with a 3-2 win in double overtime to extend the series to a game 6.

In what ended up being the cup winning game the Bolts came out and showed why they were going to be the champs. They got a huge 2-0 shutout win in game 6 to seal the second Stanley Cup in franchise history thanks in large part to the incredible Andrei Vasilevskiy making 19 saves for his first ever playoff shutout. 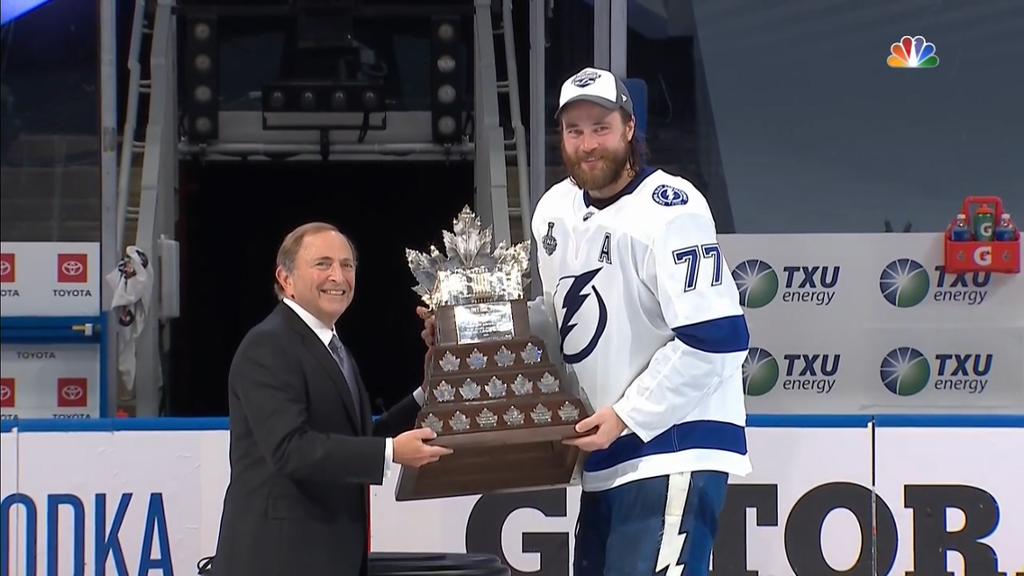 In a very tight voting the 2020 Conn Smythe Trophy ended up being awarded to the former second overall pick by Tampa Bay Lightning. Defenseman Victor Hedman won the Conn Smythe after an incredible playoffs playing in all the Lightning games and scoring 10 goals and 11 assists for 21 points in 24 playoff games. He is now tied for the third most points in a single playoffs by active NHL D-Men. Congrats to Victor and the rest of the Stanley Cup Champion Tampa Bay Lightning on an incredible playoff run in the bubbles during this pandemic.