This series was an interesting one heading in as the Blackhawks were coming in off an upset of the “hometown” Edmonton Oilers in the Edmonton Bubble qualifiers. Meanwhile the Golden Knights jumped from the #3 seed in West before Round Robin to the #1 seed in West after going 3-0 in Round Robin. This series was a pretty quick and one sided one which started with a dominant 4-1 win by VGK in game 1 thanks to 19 saves by Robin Lehner in goal. 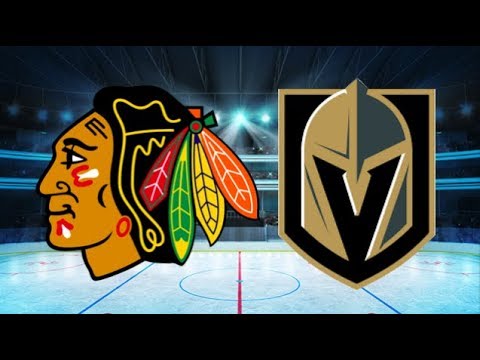 Game 2 was a tighter game with VGK winning 4-3 in 1st overtime on a goal by Reilly Smith at 7:13 of 1st OT and 22 saves by Lehner to extend their lead to 2-0. The Golden Knights followed these two wins up with a 26 save 2-1 win by Marc-Andre Fleury to take the commanding 3-0 series over the Hawks. The Hawks managed to steal game 4 on the back of 48 saves by Corey Crawford to win 3-1 and take their first win of the series. 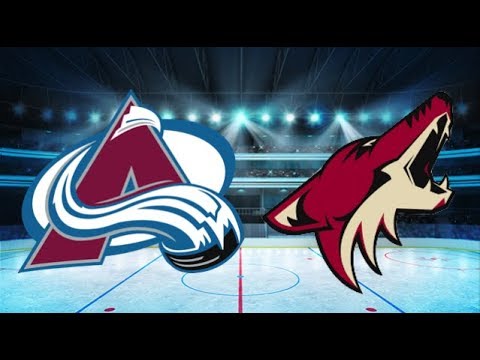 years playoffs until the met the Avalanche. In game 1 the Avalanche got a huge 3-0 14 save shutout by Philipp Grubauer to take the 1-0 series lead. Grubauer followed up the game 1 shutout with a solid 30 saves in a 3-2 win thanks to a game winner by Andre Burakovsky with under 3 mins left in the 3rd period of a tie game which looked like it would head to OT.

In game 3 the Yotes from the qualifiers showed up and stole a 4-2 win thanks to an incredible 49 saves by Darcy Kuemper to pull within a win of tying the series at 2-1. Following a tough loss in game 3 the Avalanche came out and handed the Coyotes back to back thrashings with wins in game 4 and 5 by identical 7-1 scores to win the series 4-1 and move onto round 2.

As one of 3 remaining Canadian teams left after the qualifiers the Flames looked to stay hot after beating the Jets in 4 games. The Flames came to play in game 1 with a solid 24 save win by Cam Talbot to get the 3-2 win and take the early 1-0 lead in the series.

When we got to game 2 the Stars allowed a goal only 19 seconds into the game and it looked like the Flames would take this one easily but the Stars fought hard and got a goal with 40 seconds left in 3rd period by Jamie Oleksiak to get the 5-4 win to even the series 1-1.The Flames would bounce back in a big way in game 3 thanks to a huge 35 save shutout to get the 2-0 win and take the 2-1 series lead heading into a crucial game 4.

Unfortunately for the Flames they would fail to take the stranglehold in game 4 after Joe Pavelski scored a hat trick with his 3rd coming with 12 seconds left in 3rd period to force OT before Alexander Radulov scored the OT game winner at 16:05 in first OT to tie this series back up at 2-2.

The huge OT win in game 4 sparked the Stars as they came out and got a 2-1 win in game 5 to take the 3-2 series lead before a crazy game 6 that would end 7-3 in favor of the Stars. The Flames jumped out to a 3-0 lead only 6:34 into the 1st period of game 6 before completely falling apart and allowing an incredible 7 unanswered goals and 38 saves by Anton Khudobin to take the series 4-2 and move onto round 2.

This series was a battle which was expected considering the Blues came into these playoffs as the defending Stanley Cup Champions looking to repeat as champs. The Canucks came out and got a huge 5-2 win in game 1 to take the early 1-0 series lead. In game 2 the Canucks got out to a 3-1 lead early in 3rd period before allowing two goals late in third including the tying goal with only 7 seconds left in 3rd period to send the game to OT before Bo Horvat got the game winner at 5:55 of 1st OT to take the 2-0 lead in the series.

Game 3 was the craziest game of the series with the game being tied 2-2 after 2 periods before going to OT where Brayden Schenn got the OT game winner at 15:06 of the 1st OT to get the Blues back into the series down 2-1. In the game the goalies were very busy with Jake Allen making 39 saves in the win while Jacob Markstrom made 46 saves in the loss.

Defending Champions on the ropes

The Blues would even the series at 2-2 after a big 3-1 win in game 4 thanks to 22 saves by Jake Allen but that is as good as it got for the Blues. The Canucks came out in game 5 hungry to take the series back and they sure did coming away with a big 4-3 win thanks to 36 saves by Jacob Markstrom. Thanks to a big second period comeback from down 3-1 on goals by J.T. Miller, Jake Virtanen and Tyler Motte in the back half of the 2nd the Canucks took the 3-2 series lead heading into game 6.

In game 6 the Canucks proved that they were ready to move on jumping out to a 4-0 lead after 2 periods before ultimately winning 6-2 to eliminate the defending champion Blues with a 4-2 series win to move onto round 2.

At the time of this article the 2nd round had already begun and the Dallas Stars got a huge 5-3 win in game 1 over the Colorado Avalanche thanks to 28 saves by Anton Khudobin and a game winning goal by Alexander Radulov in the 2nd period. The Stars also got a goal by Roope Hintz in 3rd period to seal the win to take the early 1-0 series lead. A big story in this game was the injury to Avs goalie Philipp Gruabuer who had to be helped off the ice early in second period and did not return. This storyline with be one to keep an eye on to see how long he will be out and how Pavel Francouz will do in the series if he has to take over in net.

Keep an eye out for a recap after round 2 is completed before the Conference Finals both move to the Edmonton Bubble after splitting the games between Toronto and Edmonton for East and West playoffs until end of round 2.