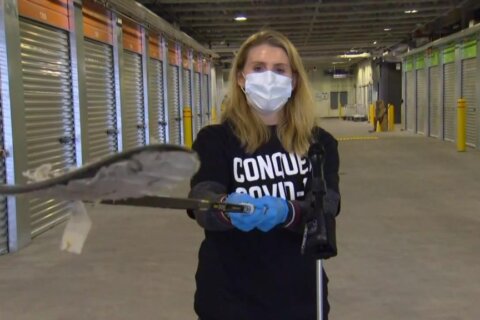 On Wednesday September 30th I had the immense pleasure of attending an online virtual event put on by the Algonquin College Students Association and the AC Hub titled “An evening with Hayley Wickenheiser.”This event was put on to help celebrate National Women’s Health and Fitness Day. Being able to just sit and listen to such an inspirational public figure was the highlight of this evening.

Her career as a professional hockey player started way back in her hometown of Shaunavon Saskatchewan where she started at age 5. She was only 12 when she was named to team Alberta for the U-18 Canada Winter games in 1991. She was named MVP of the Gold Medal game after scoring the game winning goal helping Alberta win the Gold. 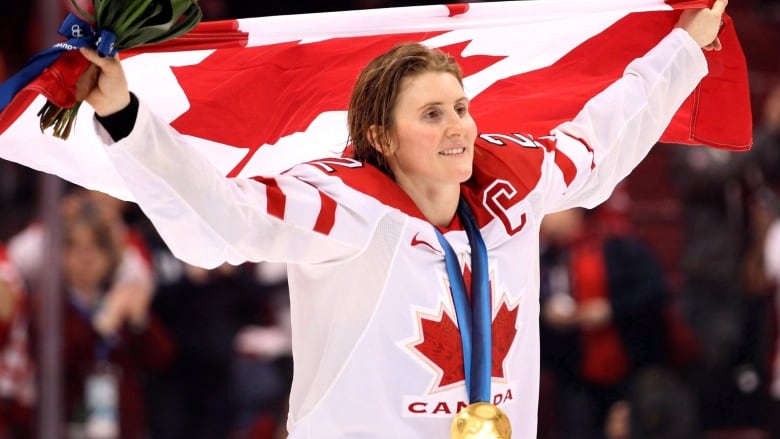 she was named to the Canadian Women’s National team where she played until she retired from hockey in 2017. During her illustrious career spanning 23 years  Hayley was a crucial part of 7 Women’s World Hockey Championship Gold medals and 6 World Championship silver medals She was also a big part of 4 consecutive Olympic Gold medals (2002, 2006, 2010 & 2014) and 1 Olympic Silver medal in the debut of Women’s hockey in 1998 in Nagano Japan.

During her career with Team Canada she tallied an incredible 18 goals, 33 assists for 51 points in 26 Olympic games played. She also had 38 goals, 45 assists for 73 points in 51 games at the Women’s World Hockey Championships.

Hayley’s hockey career was a very impressive one on the international stage. She also turned heads in the world of hockey when she decided to try and take a shot at a men’s professional hockey league over in Europe. Hayley became the first female to score a goal in a men’s league in 2003 when she played for HC Salamat in Suomi-Sarja (Finland’s third-division league). She played a total of 23 games and scoring twice with ten assists as well helping the team get promoted to the Metsis (second division league).

She ended up leaving the team after 10 games in the second division league after it not being a fit for her. In 2008 she joined Eskilstuna Linden in the Swedish Third division league where she also scored one goal and two assists in 21 games. 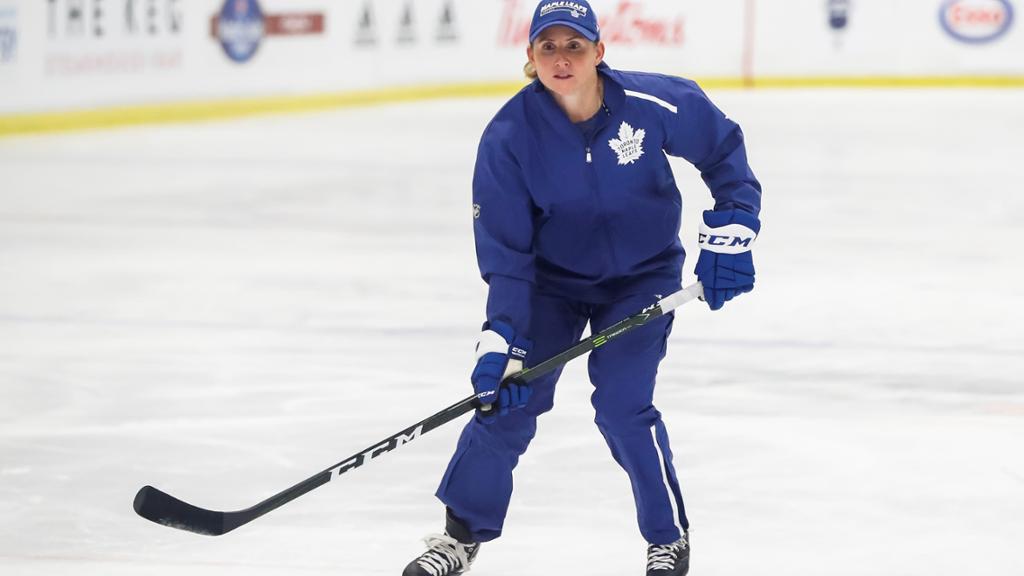 On January 13, 2017 she announced her retirement from playing hockey to pursue a higher education attending medical school at the University of Calgary. In her post playing career she has had a few jobs within the NHL world but ultimately settled in a position as the Assistant Director of Player Development for the Toronto Maple Leafs organization. 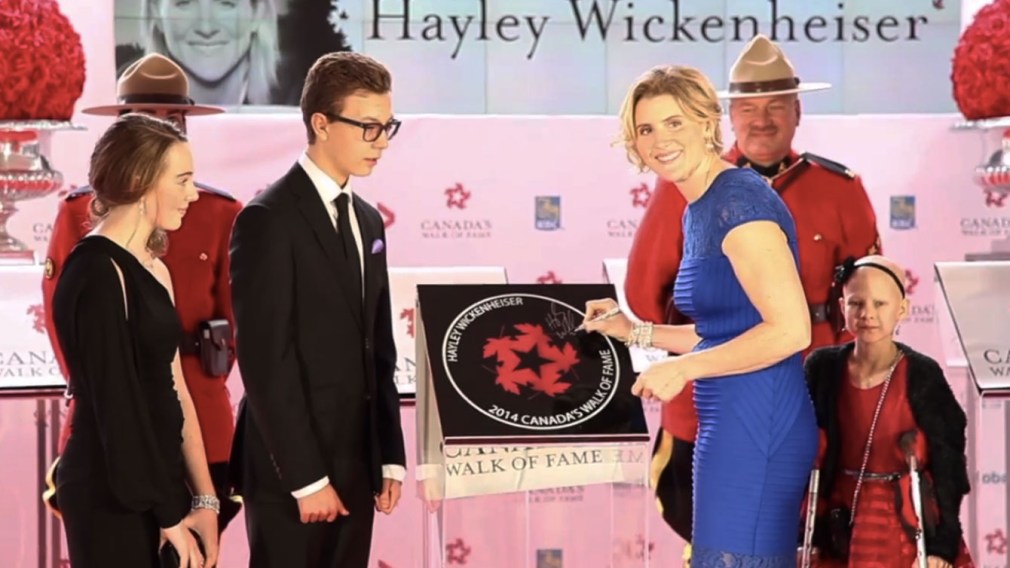 In 2019 Hayley Wickenheiser was inducted into the Hockey Hall of Fame as the most successful women’s hockey player of all time. On top of the hockey world’s highest honor she has also been given a star on Canada’s Walk of Fame in 2014 along with being named an officer of the Order of Canada by Governor General David Johnston in 2011.

On top of being an incredible hockey player she was also a dual sport athlete playing softball (and fastball). She played in the Canadian Midget Nationals, World Junior Fastball Championships, Senior Nationals and University Nationals with Simon Fraser University. Her Softball career culminated with being named to the Olympic Women’s Softball tournament in Sydney Australia in 2000. Canada went 1-6 losing 3 games by 1 run while she had the teams highest batting average. She has not been active in the softball world since the 2000 Olympics.

During this event, the virtual crowd could ask questions and Hayley was more than happy to answer them. Below is a recording of what some of the questions I asked were with her answers. I truly enjoyed this event and hope to do it again soon. 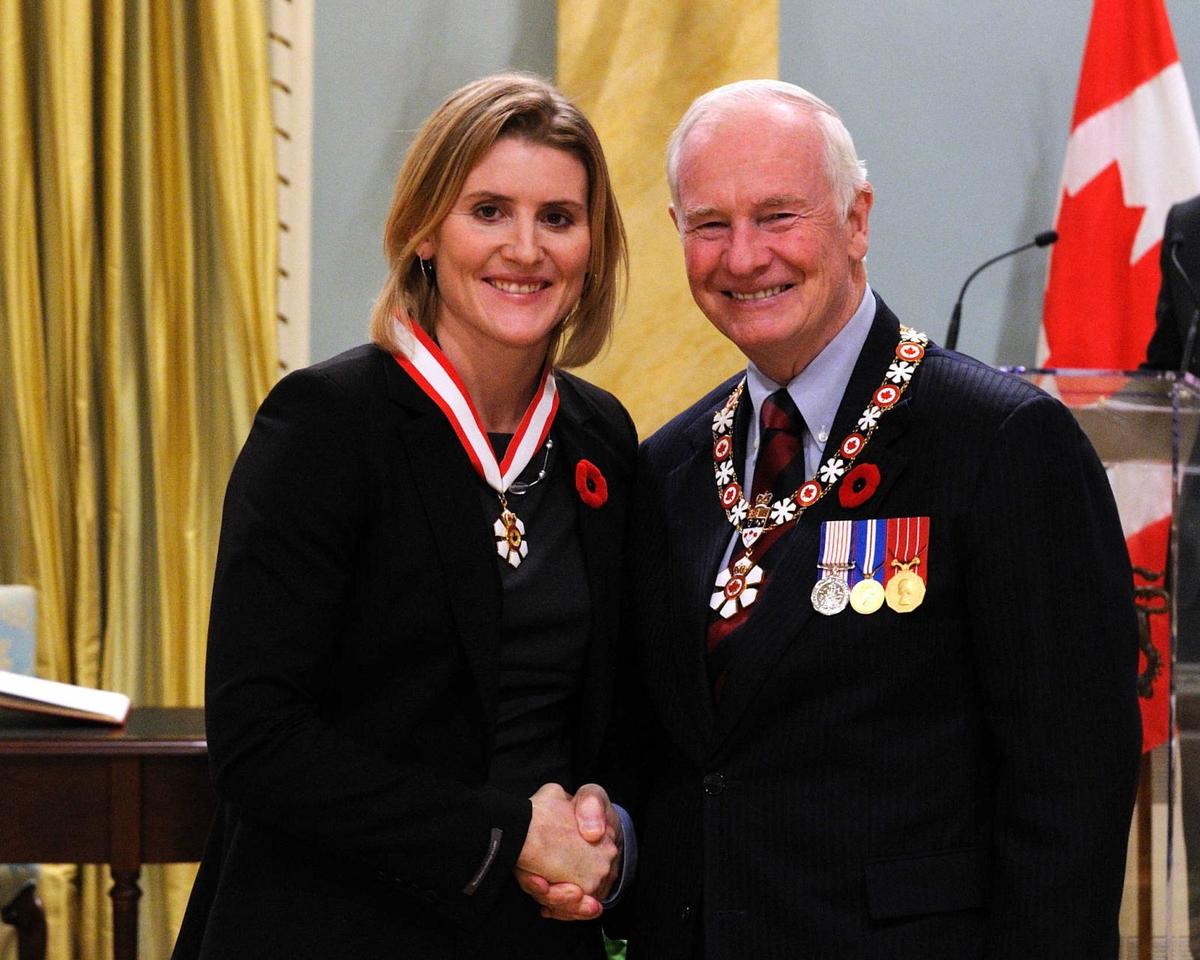