The loss of a true hockey legend! 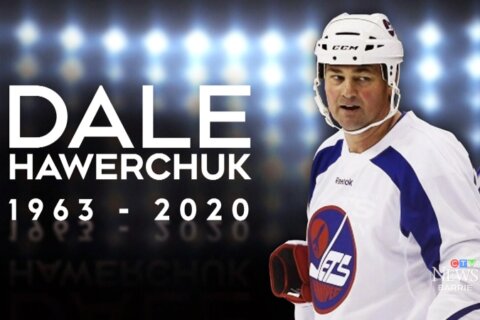 Yesterday the hockey world lost one of its true legends. At the age of 57 Dale Hawerchuk passed away after a battle with stomach Cancer. Dale was a fixture in the NHL over a playing career of an amazing 1,188 career regular season games. He played 9 seasons for the original Winnipeg Jets followed by 5 seasons on the Buffalo Sabres before finishing his career with the St Louis Blues and Philadelphia Flyers. In my opinion it would have been great to see a player of his caliber play here in Ottawa but it wasn’t meant to be. 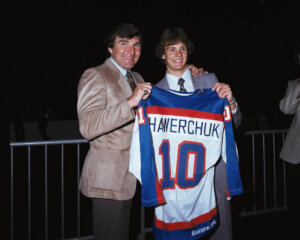 Dale was drafted #1 overall by the Winnipeg Jets in the 1981 NHL Entry draft. During his junior hockey career with the Cornwall Royals of the QMJHL, he played a total of 144 regular season games. During this time he tallied an incredible 118 goals, 168 assists for an amazing 286 points. On top of these incredible stats in regular season play he also played 37 playoff games with 35 goals, 45 assists for 80 points while helping the Royals win back to back Memorial Cup titles in 1980 and 1981. After being drafted first overall he ended up jumping right into the NHL with the Jets. He had 45 goals, 58 assists for 103 points in his rookie season on his way to the Calder Memorial Trophy for NHL Rookie of the year. 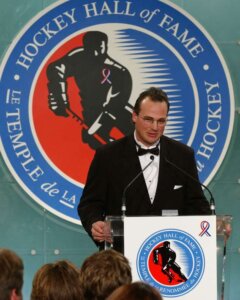 During his 16 seasons in the NHL Dale went on to play 1,188 regular season games tallying 518 G, 891 A for 1409 PTS. He also played in 97 playoff games scoring 30 goals and 69 assists for 99 points while only making it past the second round once as his Flyers made Stanley Cup Finals in 1997. His career high in goals was in Winnipeg in 84-85 with 53 goals while also getting career high 130 points. Dales career was cut short by a degenerative hip issue when he announced his retirement at the age of 34 in 1997. He was later inducted into the Hockey Hall of Fame in 2001 in his second year of eligibility.

Following his career, he took a job with the OJHLs Orangeville Crushers in 2007. Dale left the position in 2010 to take the job as Head Coach and Director of Hockey Operations with the OHLs Barrie Colts. During his time with the Colts his team only missed the playoffs 3 times while making OHL Finals in 2012-2013. He would later be forced to leave the team in 2019 taking a leave of absence for health reason. He completed chemotherapy in April 2020 before ultimately passing away August 18th, 2020. The loss of Dale will be felt around the Hockey world for years to come.

His family launched a website that went live on Thursday, telling the story of the former Winnipeg Jets captain and Hockey Hall of Famer who was diagnosed in August 2019. The site also offers a portal for donations and to purchase specially designed Hawerchuk Strong merchandise, all in support of the fight against cancer. Please help the fight with a simple donation or by purchasing these items. Rest In Peace Dale and let’s try to find a cure to stop this horrible disease. 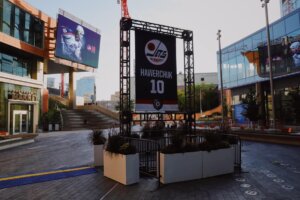 13 comments to The loss of a true hockey legend!