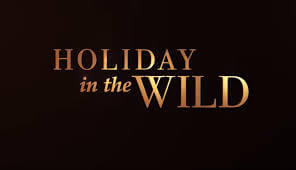 Is this how the rich break up?

They drive on the right in Africa ?

David: is this another Xmas movie?
Krystle : yah it’s Xmas in Africa !
Bruce : fuck it, I quit..

but Bruce sits down*

The accidental run ins are a bit much I mean come on, only Sophie finds you in a random country..

Why does this dude have a tuque on? Isn’t Africa 3000 degrees?

Guys he’s an artist TOO , clearly he isn’t JUST what you see

Can we stop with empty next bullshit when mamma elephant

Is this movie sponsored by Apple… – Bruce

Where did that blond girl go?
Bruce : the elephant ate her
Fuck Pluto – Krystle (HUGE throw back @ Eric)

Anddddd there she is the blond!

41 minutes in now it’s the Holidays

I haven’t paid attention to this movie when did the son arrive in Africa ? – Bruce

Why do I doubt that Africa would have cell phone reception for FaceTime when I can’t rock that with Blake’s grandparents even ?

I like that they have such an amicable thing , her end her X